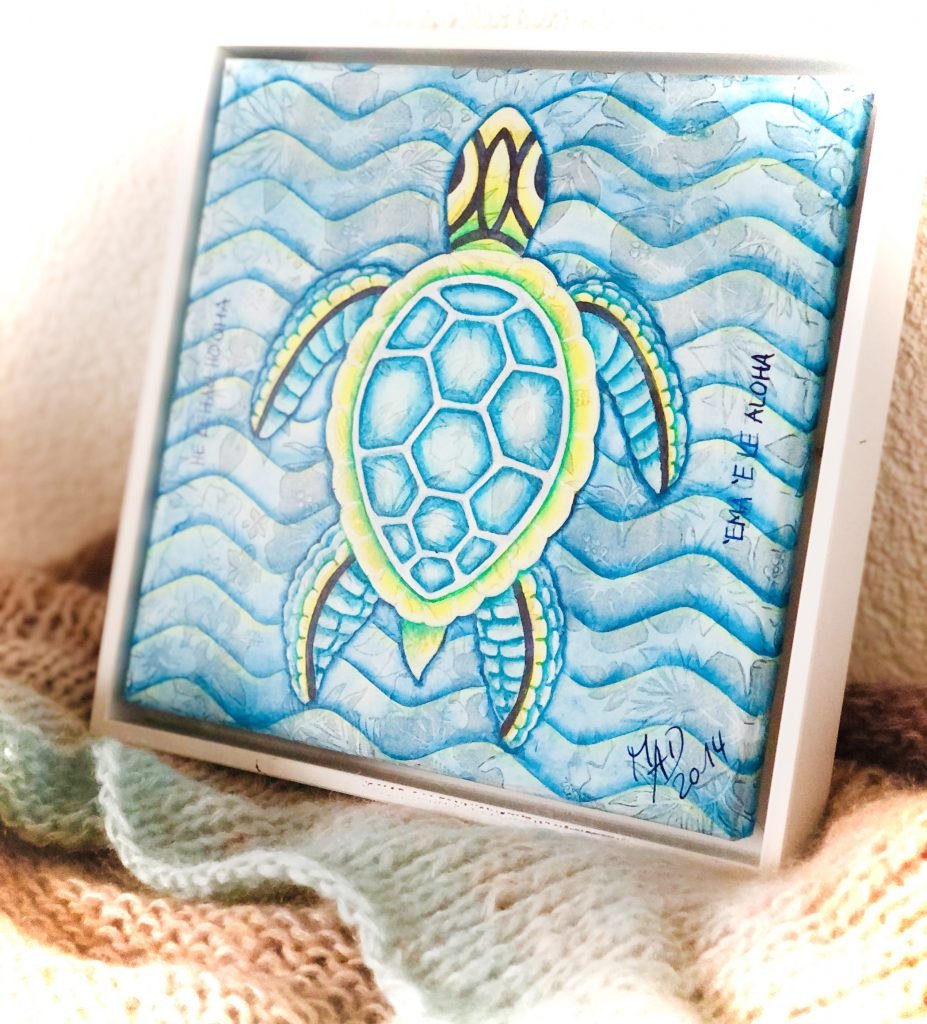 Hawaiian legend, as reported by historian Mary Kawena Pukui, tells the story of a mystical sea turtle named Kauila, born on the black sandy shores of Punalu’u, in the district of Ka’u on the Big Island of Hawaii. Kauila was born the daughter of two supernatural sea turtles, the mother named Honupo’okea and the father named Honuea. Honupo’okea came out of the ocean to give birth to a very special egg, the color and shape similar to a piece of kauila wood. She buried her special egg in the sand to be warmed by the Hawaiian sun until ready to hatch. Before returning to the sea, Honupo’okea and Honuea used their flippers to dig deep into the earth forming a fresh water pond near their precious nest.

After a time, Honupo’okea returned to the black sandy beach to wait for her special egg to hatch. Soon the egg cracked open and a beautiful baby turtle emerged – dark and glossy, like kauila wood. Mother and daughter made their way to the fresh water pond to live until Kauila was old enough to be on her own.

Kauila made Punalu’u her home and would often rest at the bottom of the fresh water pond. The air bubbles from her breath would rise to the top of the pond delighting the children of Ka’u. Kauila loved all children and would sometime change herself into a little girl so that she could play with and watch over the children on the black sandy shores. The people of Ka’u cherish Kauila for her fresh water pond that gave them drinking water and for ensuring the safety of their children.